A Visit to Mykonos 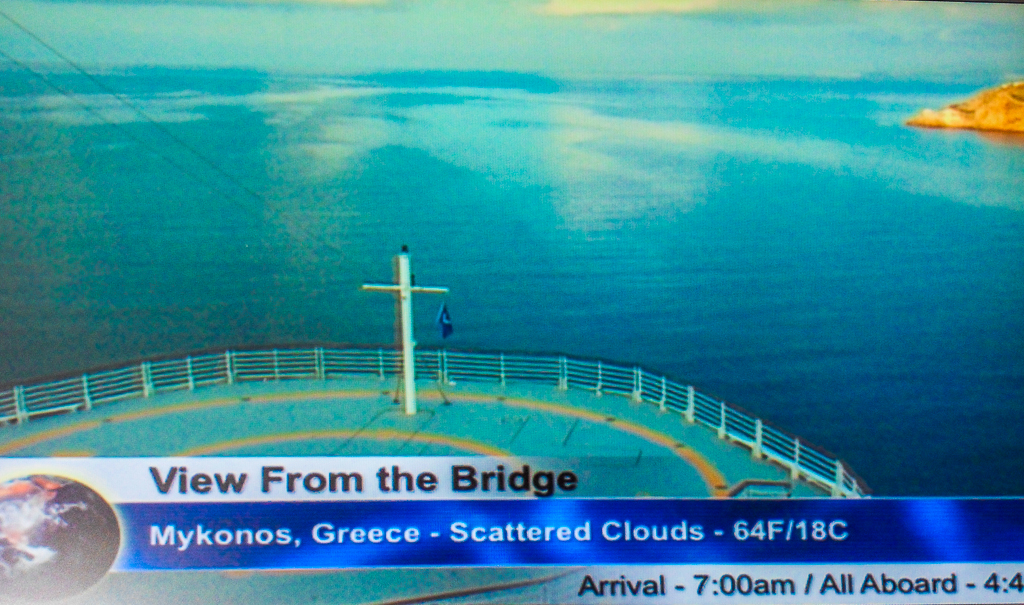 As our cruise ship docked at the Greek Island of Mykonos, I was sitting on our balcony in early morning meditation.  My first thought as I opened my eyes was “The Presence of God is in this place,” so tangible was that presence.

The writer Lawrence Durrell, in his book “The Greek Islands”, agrees:

“There is a special kind of presence here

in this land, in this light…” 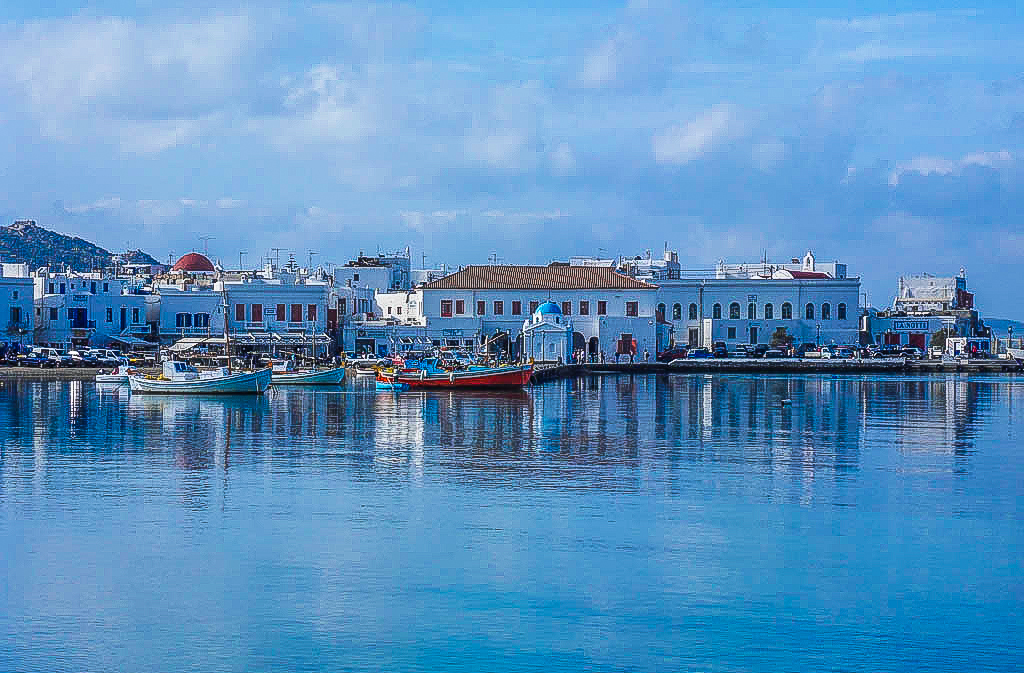 “…to be electrified by Greek light,

to be intoxicated by the white dancing candescence

of the sun on a sea with blue sky pouring into it.” 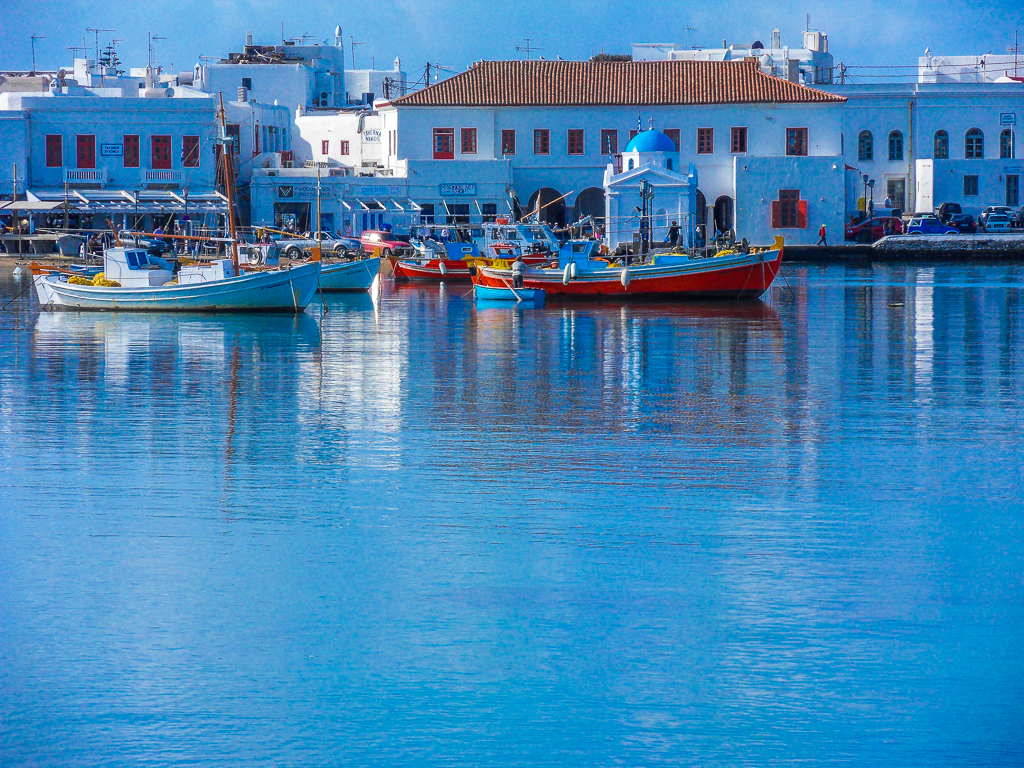 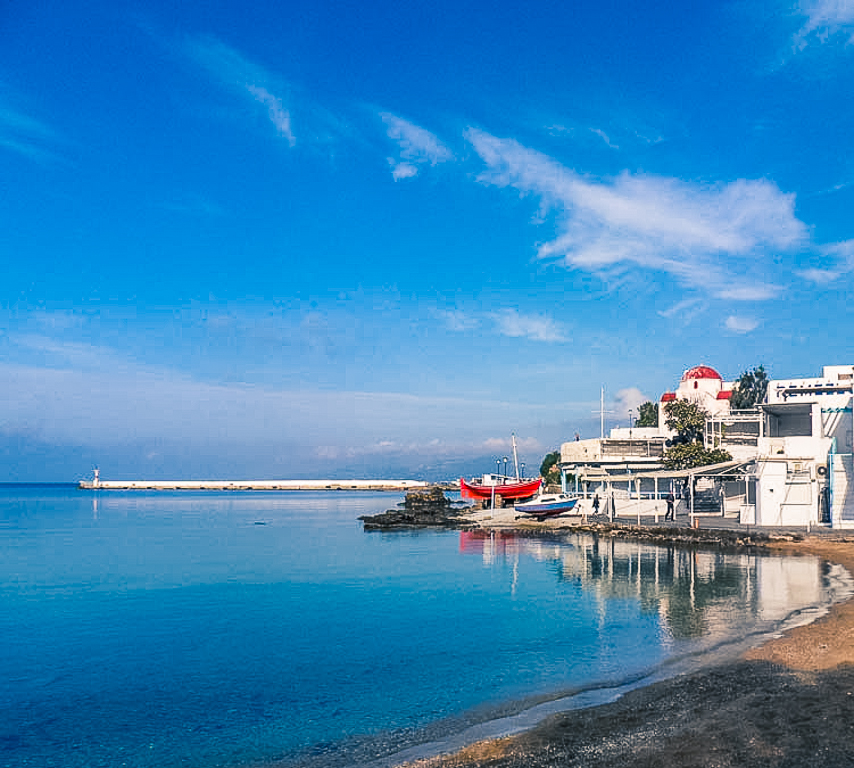 “… you rise each morning to a new day,

a new world which has to be created from scratch.

Each day is a brilliant improvisation with full orchestra –

the light on the sea, the foliage, the stabbing cypresses, the silver spindrift olives…” 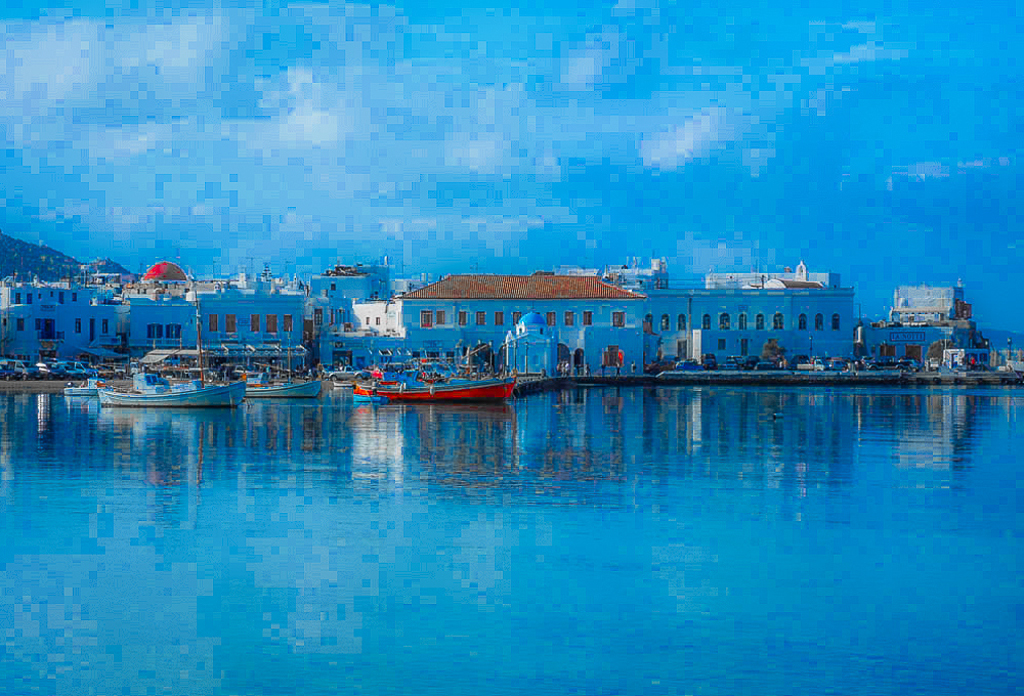 “Of all people, the Greeks have dreamt the game of life best.”